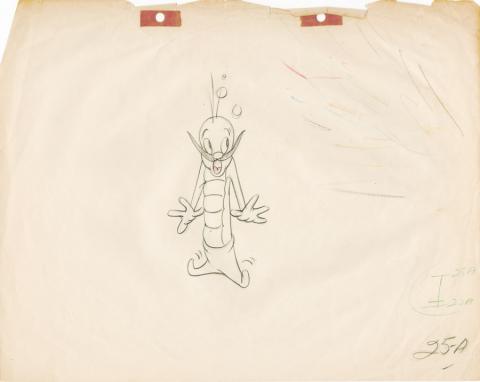 An original production drawing from the Warner Bros. Studios animated short Greetings Bait (1943). Featuring a mustachioed worm character in parody of Jerry Colonna, the drawing was created at the studio and used during the animation process. The drawing appears to be a close up shot from when the worm comes face to face with the crab, but this particular layout does not appear in the final released version of the short. Measuring 9.5"x12" overall, and with the image area measuring 5"x2.5", the production drawing is in good condition with edge wear especially along the top edge.